These figures are known as Pokemon Battle Figures (ポケモンバトルフィギュア) in Japan. But collectors in other parts of the world usually refer to them as chess piece figures. They aren't really played as a chess game but called as such because the base resemble chess pieces. The bases have dials in them as well as an elemental sign corresponding to the Pokemon. Most of the Pokemon figures in this series are from Hoenn and Kanto probably because it was released on the time of the third generation games.

Due to not being able to read Japanese, I do not know how to play this game but it looks like it is about getting hold of the opponents territory through the figures.

The following are the sets released for this series of figures: 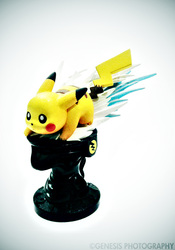 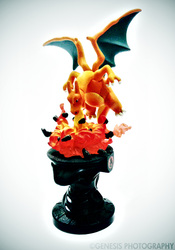 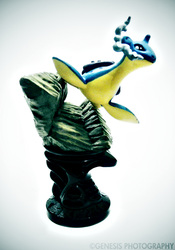