On November 2010, a special series collection was produced for the HeartGold and SoulSilver TCG. This includes 5 booster packs, 3 holo foil cards and a special Entei bottlecap figure. This figure is the same as the one produced for the 10th Anniversary series with the only difference being the base. 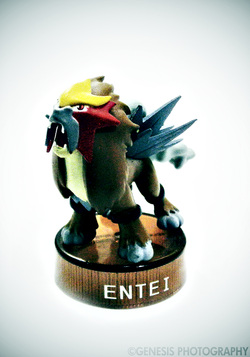